The Czech Exporter of the Year 2018 is PROVYS 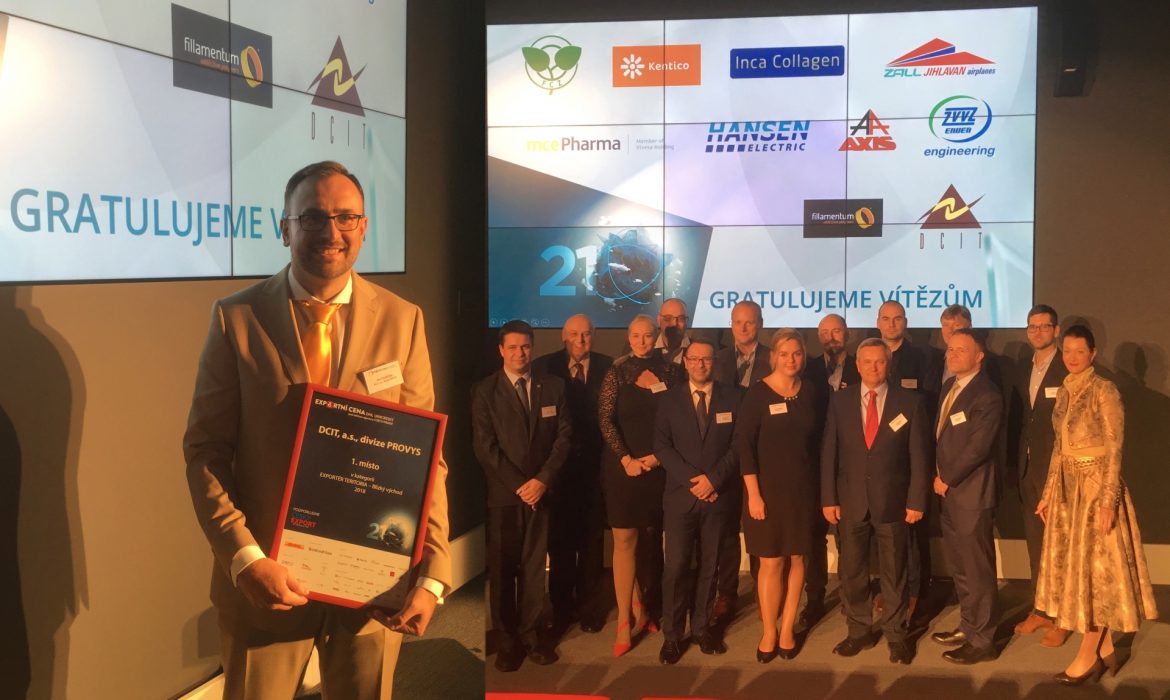 Winners have been announced for the 21st year of the exclusive DHL / Unicredit Exportersâ€™ Award under the auspices of CzechTrade, a government agency. The Middle East prize was awarded to DCIT Incorporated whose main exporting division is PROVYS. The awards were presented during a ceremony at the Microsoft Conference Centre in Prague on Wednesday, 21 November 2018.This special export prize is targeted each year on a different particular region. This year, it was the Middle East based on the results for 2017. DCIT/PROVYS, in comparison with previous years, achieved significant growth in trade with this region, with the highest incomes in Egypt and Turkey.

“Our exports to the Middle East make up only a small part of our turnover compared to Europe. That is why we were very pleased and encouraged by our victory in the Middle East category. DCIT’s main export items are the wide range of services associated with the implementation of software solutions, often tailored for particular customers in the broadcasting sector. Our high-quality software product, combined with rigorous project management and a customer-oriented approach help us to build the trust and relationships necessary for long-term cooperation in every export region. The Middle East is one of the regions with a high potential for further development and business opportunities”

Last year, DCIT celebrated its 25th anniversary. Since its inception, it has been one of the most highly respected local ICT professionals in its category. DCIT focuses on providing security analyses, information system audits and information technology consultancy, and its clients include large banks, telecommunication and media companies.

In 1997, DCIT launched the PROVYS TVoffice information system for the management of television and radio stations, which has been undergoing considerable development since its introduction. Today, this system is known in television stations across Europe and is currently forging new frontiers across Africa, Asia and America.

“PROVYS can be found in public media institutions in the European Union as well as in commercial TV stations and multinational companies such as CME, British Telecom, AMC Network and Viasat World. Through our substantial investment and development programme, we are expanding our portfolio of services to include television automation by innovative cloud services under the Stream Circle brand” adds Josef Vasica.

PROVYS is a complete software solution for management and workflow efficiency for broadcasters, content producers and media organisations.

IBC is aware of the Covid rule changes announced by the Dutch government on Friday evening and are assessing the impact and engaging with our stakeholders. The safety of our customers remains our top priority.