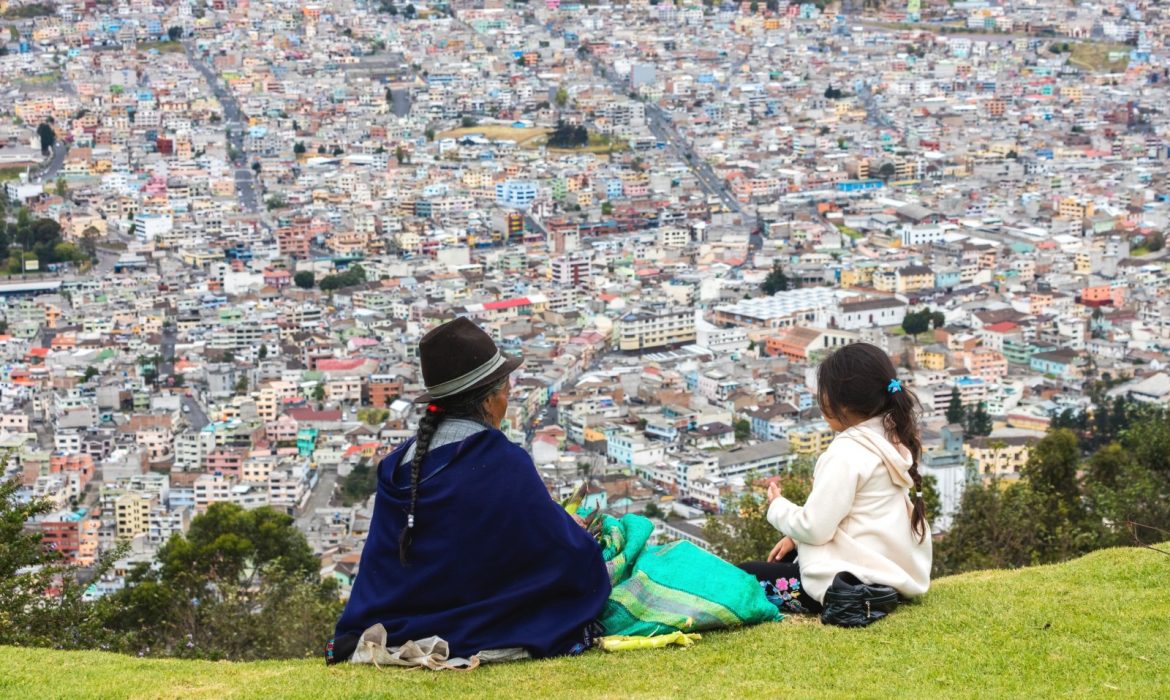 The Incas perfect understanding of Mother Nature’s delicate balancing act has allowed the development of San Francisco de Quito, now simply known as Quito, the capital city of Ecuador, sitting on the Equator but at an elevation of 2,850 metres (9,350 ft) above sea level. Originally, a major city of the Incas, it is now both the second-highest official capital city in the world (after La Paz, Bolivia), and the second highest location of a cluster of television broadcasters.

Among this cluster, Ecuador TV, the public service channel of Ecuador, was established in October 2007 to transmit content from independent national and international producers and documentaries and news programmes from different sources including Discovery, TVE, BBC, Deutsche Welle and Voice of America. Following in the footsteps of Charles Darwin (the Galapagos Islands are part of Ecuador), and utilising all of the latest media technologies, Ecuador TV have now taken their next evolutionary leap and contracted with Hitachi Kokusai to upgrade their operations. This upgrade started in 2016 with the objective of expediting the process of migration of public broadcasting from analogue to digital television using the Japanese standard ISDB-T with a Brazilian modification which enables a degree of interactivity with the viewer. This standard is almost universal in the whole of South America. The project also includes an advanced playout automation system, supplied and installed by Aveco. Such state-of-the-art technology requires only the finest broadcast management system with the most modern programme scheduling, and it was therefore, natural that the Provys suite of software solutions was chosen to meet the quality demands of Ecuador TV.

“In the rare air of the high Andes, the rare talents of the Provys team were called upon to fill the bill”.

“The digitisation of South American broadcasting significantly challenges broadcasters and particularly, their workflow managers. Such rarefied demands require the absolute best systems whose functionalities need to integrate perfectly with the other parts of the whole broadcasting chain” says Vaclav Malek, Consultant, Provys, and continues: “It is a pleasure to work with the professionals in Quito, both the IT guys from Ecuador TV and the Hitachi Engineers. English language was originally specified for the new software systems, but it became fairly clear that, in the near future, Spanish versions would almost certainly be required, and we are ready, willing and able to facilitate this.”

The benefits of the new system, which replaced standard office software tools, include: massively improved sharing of information; elimination of human errors; automation of broadcasting workflows and vastly increased overall efficiency. All of these benefits can now be found in the offices of Ecuador TV, situated close the historic centre of Quito which has one of the largest, least-altered and best-preserved historic centres in the Americas, now being on the UNESCO World Cultural Heritage Site list. The modern city of Quito is actually founded on the ancient ruins of the original Incan city. The Incas, of course, rather preferred telepathy to television.

We all know the IBC 2020 is no longer a physical event. However at least the IBC virtual showcase starts today! See #PROVYS among the exhibitors! http://shorturl.at/ekBFH

Welcome to Day 1: Epis 1: #OnLocation at @IBCShow hosted by @24i_Media CEO Martijn van Horssen from the RAI #Amsterdam. How to stay competitive, the heightened importance of collaboration, and why we should stay positive and keep having fun! #IBCshow https://hubs.ly/H0vNf_W0