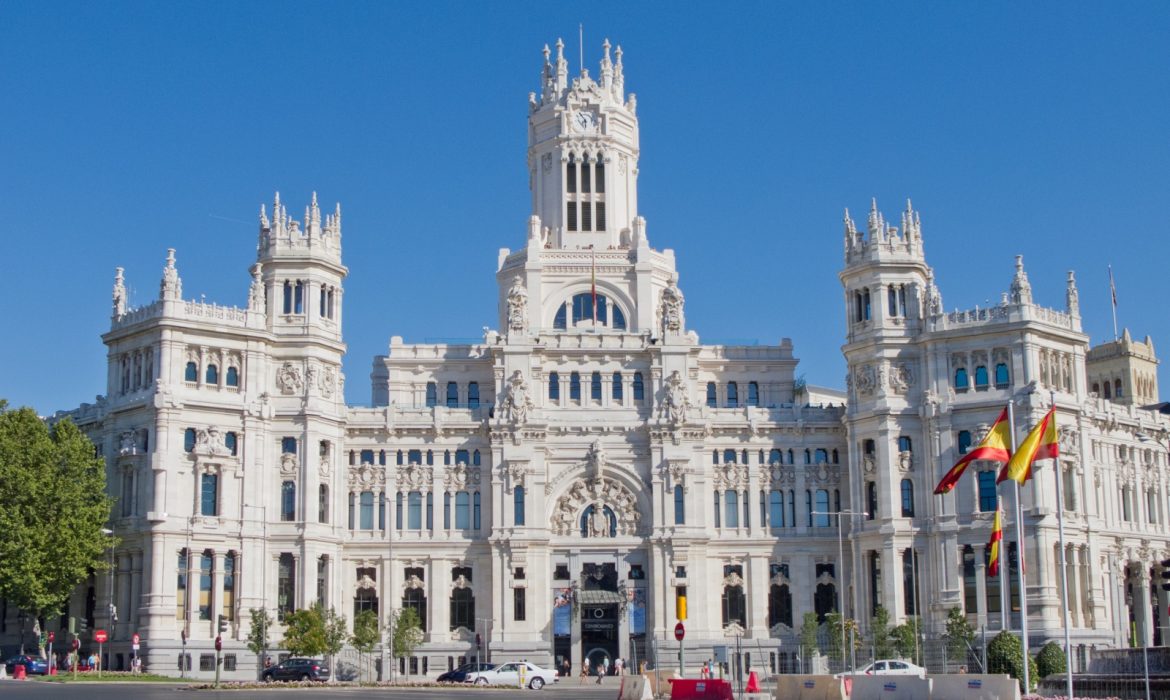 “The rain in Spain falls mainly on the plain.” Do not worry, we are not going to teach you the correct way to pronounce the diphthong “ai:” or “ei”. Actually, there are better topics about Spain to open a sparkling conversation in the high society of the television industry. For broadcast engineers and consultants, Madrid and Barcelona, the principal administrative and cultural cities of Spain, belong to the most enjoyable places in Europe to work (see the picture of the Palace of Communications, Madrid). It is no coincidence that AMC Networks International Southern Europe (AMCNISE) have their main offices in these two superb locations.

Their operations in Spain are channeled through AMC Networks International Southern Europe, a Madrid and Barcelona-based television company running HD and UHD channels in Spain, Portugal, and France. They produce and distribute thematic television channels for these markets, designed for all types of audiences: cinema and series (AMC, Canal Hollywood, Sundance TV, XTRM, Somos, Dark, and Blast); factual (Odisea, Historia, Crimen+Investigación, and Blaze); lifestyle (Canal Cocina and Canal Decasa); music (Sol Musica); and children’s (Canal Panda and Biggs). They have also recently launched Planet Horror, the first and only direct-to-consumer service of horror films in Spain, in partnership with RedRum.

In 2017, AMCNISE decided to upgrade its broadcast management software and opened a tender inviting bids from several vendors in the market. The final decision on implementing Provys solutions was supported by the advanced functionalities of their applications, their flexibility and their full support on complying with the “end-to-end” needs of AMCNISE’s processes. A local implementation partner, Datos Media Technologies, was also selected to provide on-site project support and expertise.

“AMCNISE’s vibrant and growing business requires advanced technology solutions, and in this new era, it’s important for all broadcasters to upgrade to the latest management software,” says Jan Fiser, Main Consultant for AMCNISE at Provys. “In addition to providing a first-class scheduling system, we are also supplying a powerful control tool which allows AMCNISE to track their end-to-end broadcast operations. Special thanks must be given to Jose Nabais, CTO at AMCNISE, who with his team gave invaluable support to the implementation of the project.”

“AMCNISE’s vibrant and growing business requires advanced technology solutions, and in this new era, it’s important for all broadcasters to upgrade to the latest management software”

The technical requirements demanded first-class integration of Provys with Tedial, a respected MAM solution, in particular, non-stop communication regarding the preparation of content for delivery, including requesting, confirming, quality control and positioning for playout. Further integration for playout was required with Marina, a renowned playout automation solution from Pebble Beach Systems which is also to facilitate 4K (UHD) delivery. A further technical challenge for Provys in this multichannel organisation was the configuration of user access rights to ensure confidentiality within each programme group. “Implementing an enterprise broadcast management solution in such a complex organisation as AMCNISE is a huge and demanding professional task, for which, we did not need that infamous ‘Little Bit of Luck’. On completion, the whole project was a sheer delight for the Provys team” added Jan Fiser, Main Consultant and Famous Dancer, who then ‘Could Have Danced All Night’. Wouldn’t It Have Been Loverly?